A Taste of Georgia Food is a huge part of the culture of any country – it reflects its history, people, and traditions – Georgian Food is as such!

Considered the “cuisine of the year”, we are blown away by the incredible flavors of Georgian gastronomy, which is why we are excited for our very first tour to Georgia this fall.

Here are our Top 10 “Must Have” Georgian dishes to inspire you: Probably the most popular and well known Georgian dish is the Adjarian Khachapuri: a rich bread can oe filled with suluguni cheese (read more about this below!) and butter, served with an egg cracked on the top. This is usually stirred in by the waiter, and the egg will be cooked by the molten cheese. 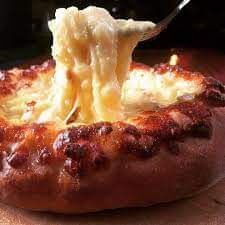 How to eat it: hands are best, but watch out for the hot cheese! Tear off a chunk of bread and dunk it in in the cheesy-eggy mix in the middle for a bite that will blow your senses. So much deliciousness.

Yes, it’s as carb and dairy filled as you can get, but once you’ve had one, you can’t go back! You can’t visit Georgia without trying at least 20 different khachapuri.

If you don’t want to eat one of these at dinner every night, there are lighter versions available to pick up at small bakeries – most contain cheese but there also bean and potato filled varieties.

Check out a recipe here: https://georgianrecipes.net/2013/03/29/acharuli-ajarian-khachapuri/ You may not think a salad would be up there with our top Georgian dishes, but this is a must try.

Throughout Georgia, cooks are die-hard about sourcing the best local produce—that is, if the ingredient isn’t already growing in their backyards. They use only the freshest ingredients tomatoes the size of grapefruits, fresh green cucumbers, maybe some onions and walnuts – ground into creamy paste. This combined with a splash of olive oil and freshly picked herbs makes for a simple combination so full of flavor, you don’t need much else!

This refreshing dish is a welcome addition to any Georgian feast, which is always accompanied by a nice bottle (or jug) of Georgian wine.

Check out a recipe here: https://www.venturists.net/georgian-cucumber-tomato-onion-salad-with-walnut-dressing/ 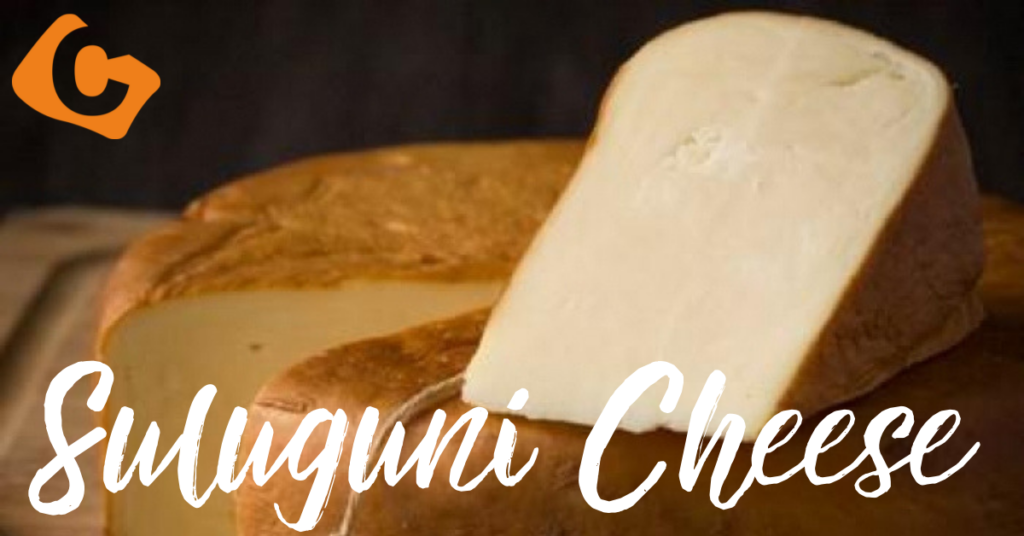 3.Suluguni – practically the national cheese of the Republic of Georgia.

This is a Georgian made cheese which is a key ingredient in most dishes – notably khachapuri! It’s salty, and tastes a bit like feta but with a harder consistency. Most Georgians would admit, that while they can easily omit meat from their diet – as they often do during the lent– going off cheese tends to be much harder!

Suluguni is typically eaten by itself, or with a round of fresh Georgian bread and a plateful of herbs and tomatoes. To give it a try, there are plenty of cheese platters available at many restaurants  or bars, and they are a perfect accompaniment to some local wine. 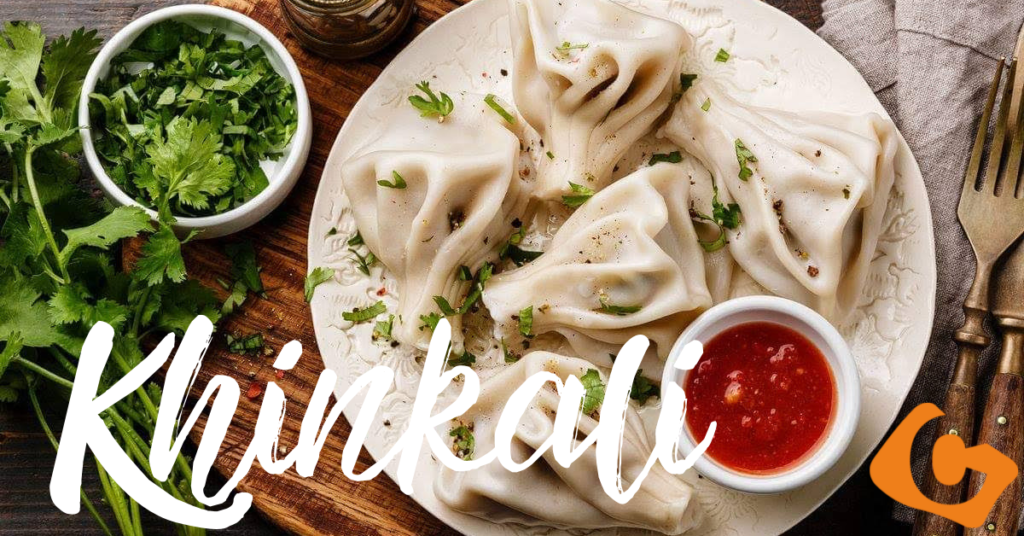 Let us introduce to you “Khinkali” – one of Georgia’s most popular and recognizable dishes which will melt in your mouth! 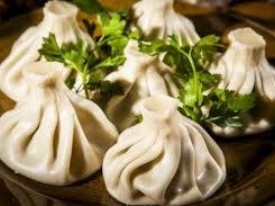 These funny-shaped dumplings are often filled with a delicious broth of meat, herbs and blends of Georgian spices. They are either boiled or steamed, and served piping hot. Don’t worry if you’re a vegetarian, they also serve khinkali with potato, suluguni cheese or mushroom fillings.

How to eat them: khinkalis are finger food: first you should hold onto the knot at the top (careful, they might still be hot!) then bite a small hole at the base. Tip the Khinkali back into your mouth, and suck out the delicious broth, before eating your way around the base and filling. Don’t eat the knot! This can be cast aside, then grab the next one 😉 Lots of fun but not first date food! 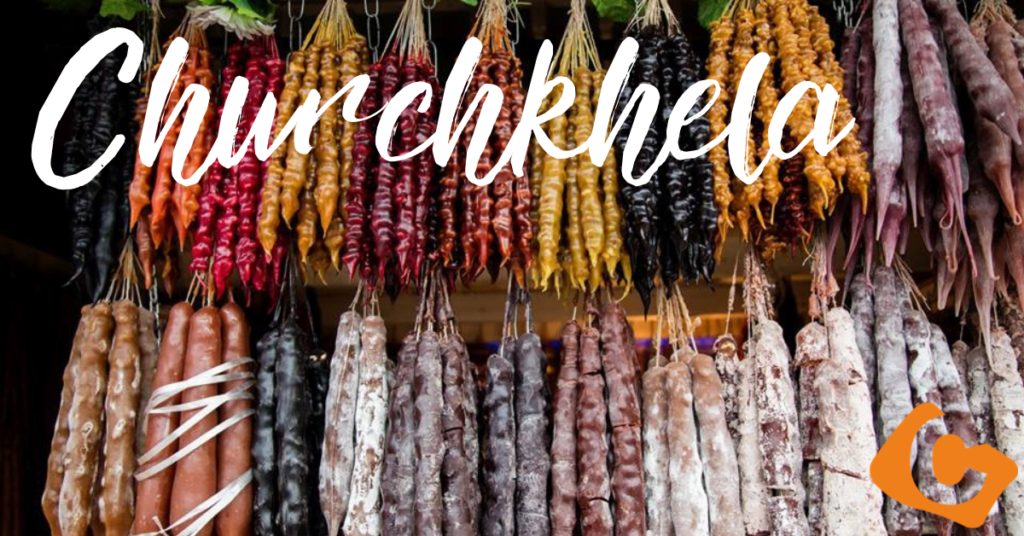 You’ll see rows and rows of these brightly coloured sticks hanging from many a street-side booth in any town in Georgia.  Tourists often mistake these for sausages, but now you’ll know better 😉 . Churchkhelas are walnut strands covered in a waxy grape candy, made from leftovers from the wine harve st. These treats are packed with protein and sugar, and are often served at people’s home with fresh coffee. A delicious appetizer of grilled or fried slices of eggplant, rolled up and filled with a crushed walnut paste, sometimes with added garlic, are the best start to any Georgian feast! Mtsvadi is Georgia’s name for meat impaled on a stick and cooked over an open flame.

Properly made Mtsvadi is an extraordinary dish – preparing it is an entire ritual in itself.

Cooking it outdoors gives it a completely different taste to that made at home using a frying pan or an electric cooker – this harks back to ancient Georgian rituals and meat cooked on open fires on mountainsides. 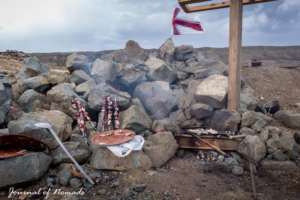 Mtsvadi can be made with pork, mutton or veal. Marinating the meat in pomegranate juice before roasting makes it especially tender, juicy and delicious. For the perfect mtsvadi, cut some fresh onions and place in a metal bowl, then stir it over a fire.It is often served with Adjika, a spice paste condiment, which is best compared to a spicy Indian pickle-like paste. 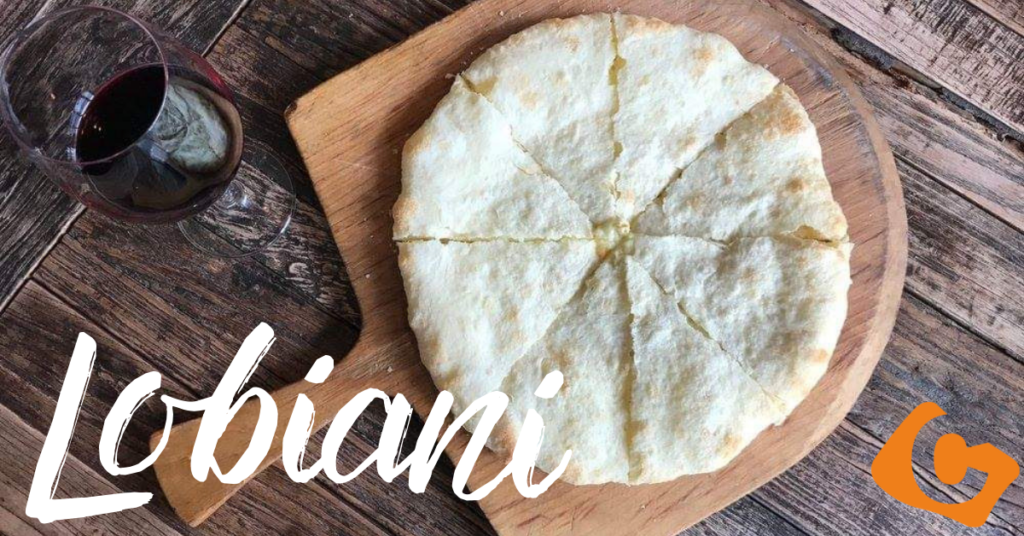 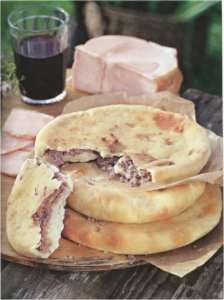 Lobiani is similar to khachapuri, except that it is stuffed with bean paste rather than cheese. Lobiani is slightly healthier than its original cheesy cousin, khachapuri!

So what’s so seductive about beans and bread? For starters, lobiani is a handheld meal-in-one that costs less than a dollar. Secondly, it is a super combination of textures and tastes –  baked in a wood-fired oven gives a crispy, flaky outter crust, which as you bite will give way to spiced, bacon-scented beans! A real mouth-gasm! 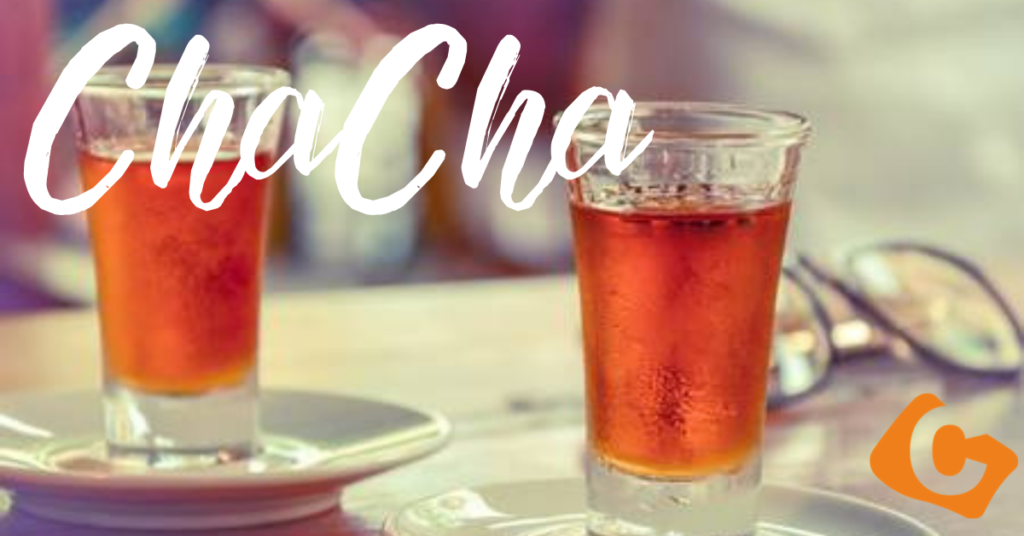 Not a food – but we think Chacha is worth a mention, as you won’t get through a meal in Georgia without being offered it! Cha Cha is the Georgian Grappa – a kind of home-made Georgian brandy.

This firewater is the choice of toast-makers at many a Georgian fest, in resturants or at home – particularly as the night advances! Oddly enough, it’s common practice to have a small drink of cha-cha in the morning, apparently to ease the effects of traditionally heavy morning meals in the countryside 😉 Again, it’s not technically a food but when in Georgia you can’t pass up on the opportunity to try the amazing wines available at every restaurant, shop, bar and café.

Georgia has a huge history of wine making – a couple of years ago, archaeologists working at sites south of Tbilisi unearthed pottery that showed Georgians have been making wine since 6000 B.C. This means that Georgia probably has the world’s oldest winemaking culture – which means their years of practice has made it pretty much perfect! 😉 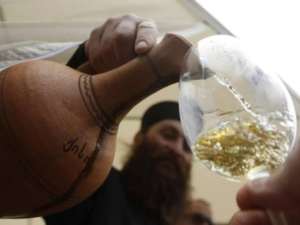 The traditional method involves fermenting the wine in large terracotta pots, placed in the ground to keep them cool and at a regulated temperature. Our recommendation: opt for the Saperavi,  a dry red wine –  it is the most famous of all Georgian grape varieties!

If this taste of Georgia has left you craving for more, click below for more information on our Treasures of Georgia Tour. 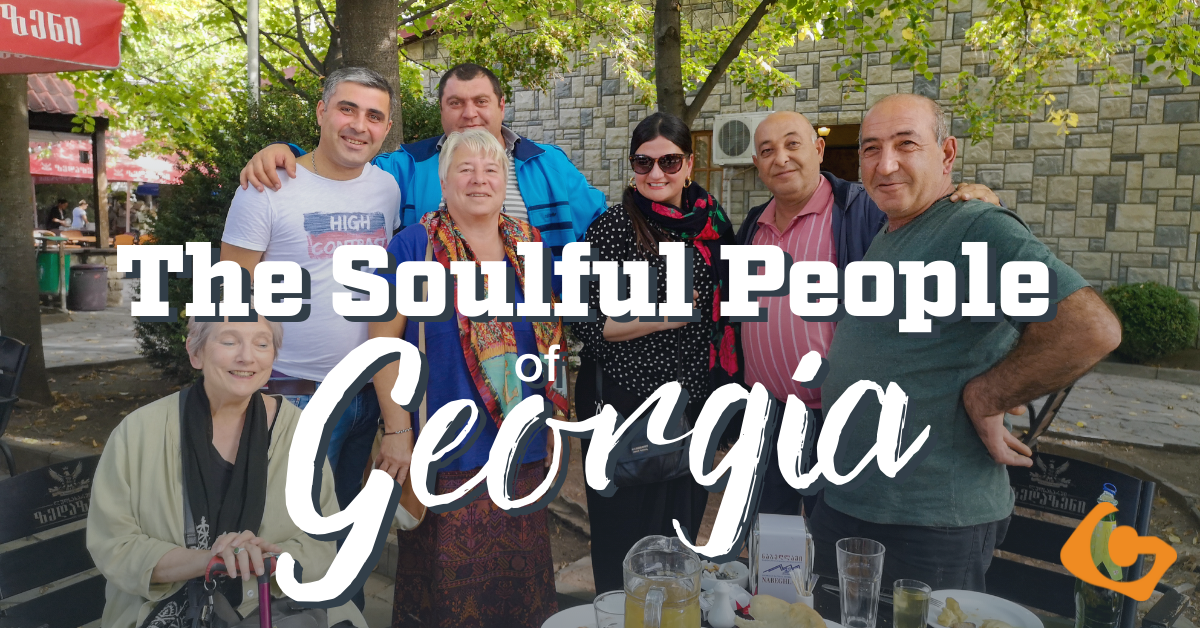 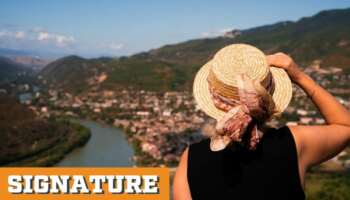 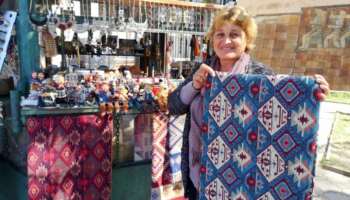 To truly see inside a country, you need to be able to see the culture from all perspectives. We created this Women’s tour of Georgia, so you can do exactly that. Meet the in....