A new monument to Ukrainian culture

The Edmonton city council has announced plans to unveil a new monument to honor the heritage of the large Ukrainian community in the city.
With the first wave of Ukrainian emigrants arriving as early as 1891, they quickly began making significant contributions to the infrastructure and development of the area.
As a symbol of gratitude and recognition, the city has secured funding for a colossal monument to Ukrainian culture and cuisine. 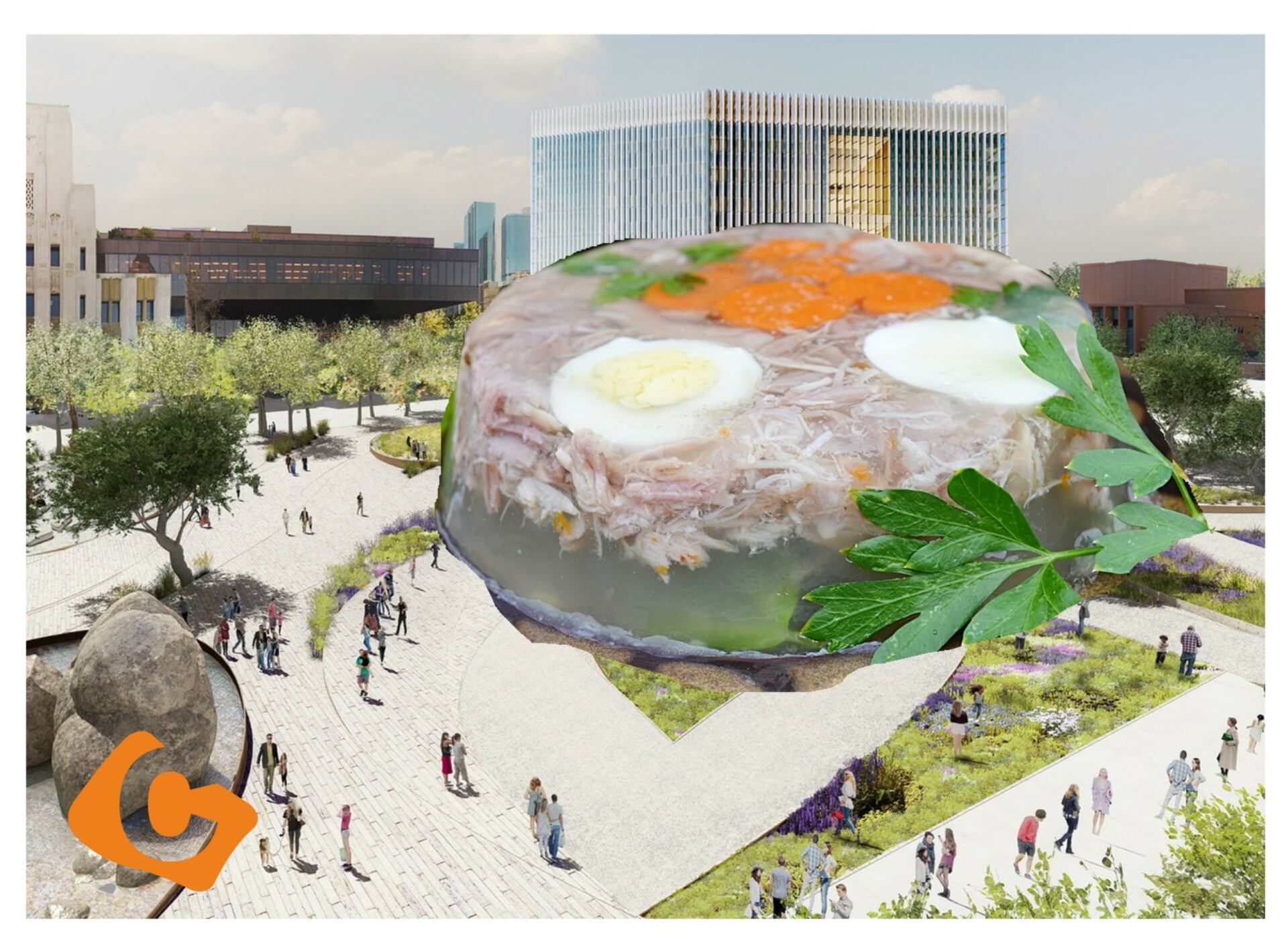 An artist’s impression of the planned monument: “Studenets – it’s the Best.”

Designed by local Ukrainian-Canadian architect, Pavlo Foloshytski, the plan is for the monument to resemble the iconic Ukrainian dish – “studenets”. This dish of jellied pigs’ feet is a staple in Ukrainian cuisine, and the artist hopes to create an accurate representation.
“We want it to look and feel like actual jelly – to move and wobble with the wind. To honor this properly – it needs to be a true depiction of a studenets”
“We already have a giant pierogi, and a giant kovbasa – the next biggest thing Canada needs is a giant studenets!”

Stay tuned to find out more!